3 Lessons from Our First Gig 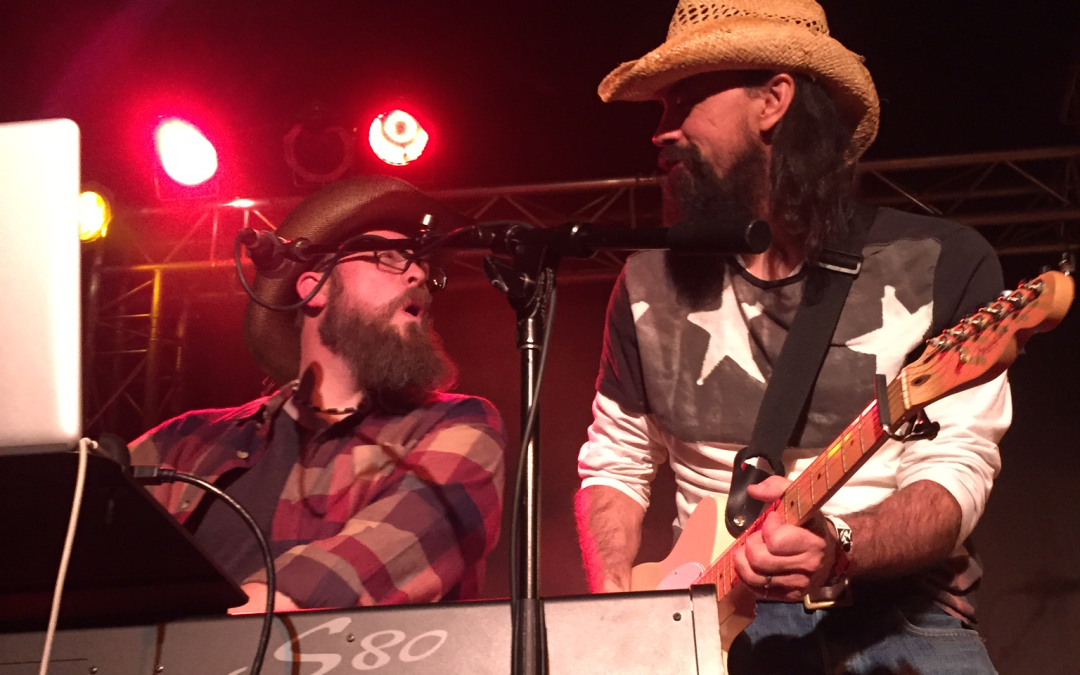 We recently played our first public gig and even though it was an open mic night with maybe 10 people in the place, (other than the rest of the musicians), we had a blast. There’s nothing quite like playing out. As is our approach with everything that we do, we took some time afterward to talk about what we learned from the gig and what our takeaways were. Hopefully you will find them helpful.

We’ve been learning songs and preparing to play out for quite some time. A little more than a year actually. Prior to this gig, we have only played one other and it was for a private party. Our plan going in was to play the songs we felt like we could play best because we were pretty sure we would only get to play 3 songs at an open mic night.

For reference, we went with Cheap Sunglasses by ZZ Top, Watchin’ Airplanes by Gary Allan and Knocking on Heaven’s Door by Dylan. (Check out our videos page to see some our version of some of these songs).

We’ve played and sang each of those tunes so many times that we were able to totally focus on doing a little entertaining on top of playing. It felt like putting on your favorite pair of shoes in way; very comfortable and easy to get into. Overall, our performance was about 99% flawless. I took a few bars more than I was supposed to on Knocking on Heaven’s Door for my piano solo, but otherwise we SMASHED it.

That’s what preparation does for you. Practice the way you plan to play and you’ll play the way you practice.

So what’s that all about, right? I just bragged that we nailed it because of preparedness and next I start talking about being unprepared. But it’s true, as prepared as we were, we realized, just hours before the gig, that there were still some things left unattended as it relates to our drum and bass tracks.

We’d known for a few months that we really needed to take time to edit some of the tracks we had sourced to include a hi-hat count in for each song and a hi-hat tap to keep us on beat during the breakdown part in Watchin’ Airplanes.

We could have let ourselves off the hook and not gone out to the open mic night, but we didn’t. We took our chances and made a couple of slight adjustments to how we played the songs. Specifically, in Watchin’ Airplanes, we simply waited for the drums to kick in, which happens right before the verse begins. But we could do that because we’ve played that song probably hundreds of times. The breakdown didn’t end up being quite perfect from a time perspective, but it was close.

Needless to say, we’ve already begun addressing this issue as we spent several hours last night adding count-ins to the songs we plan to do at the open mic night next week. (Yes, we were invited to come back and compete for a weekend opening spot. Yay us!)

One of the things that we noticed was that, at least at this particular gig, the [few] people that were there, really didn’t warm up to us till near the end of the first song. Which is typical. But what we noticed was that they seemed to warm up to familiar tunes quicker than originals. There were several other musicians there and one other band. Most of the other musicians played original tunes. They weren’t bad, but there was zero familiarity for the crowd, so response and engagement seemed pretty low after each song that they played.

For us, however, we got some good response after Cheap Sunglasses. And even better response after Watchin’ Airplanes, (which is probably one of our top songs, so that was a good feeling), and Knocking on Heaven’s Door.

Overall, the lesson we learned is that an upbeat, familiar song is ALWAYS a better idea for your opening song than an original.

So, to sum it all up, we were prepared, but we could have been better prepared and we made a good move on our opening song. What are some of the valuable lessons that you have learned from playing out? Have you made mistakes that you are willing to share with others? Have you made great decisions that have helped lead you to success? If so, please share them in the comments section below.