Mainstage the Heart of my Rig 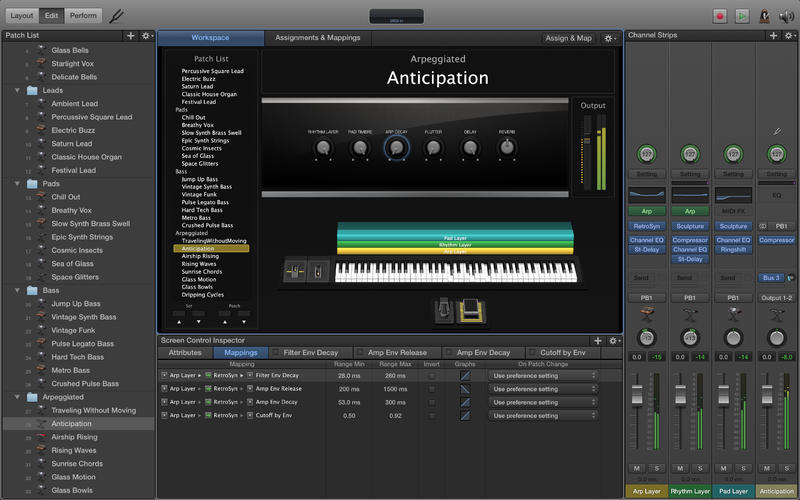 One of the things that I really enjoy talking about is what equipment people use when playing live. Whether it’s PA Gear, Pedalboards, Keyboards or Software, I’m completely intrigued by the core reasons that people have for using their gear.

I’ll talk more about my entire rig as time goes on, but I thought I start off talking about what is at the heart of my rig. What does everything revolve around. So, here goes…

MIDI – Musical Instrument Digital Interface. It’s a standard that’s been around since the early 80’s. The official standard was published in August of 1983. Back in those days, I wasn’t even a musician, let alone a keyboard player. But I vividly remember two of my close friends that both got the same keyboard, a Casio CZ-101, for Christmas in 1985 (I think). I also vividly remember the three of us being fascinated by the ability to connect the two keyboards via MIDI and use one as a controller to tell the other what to play.

When I first journeyed into the keyboard world, circa 1993 or so, MIDI was only about 10 years old but it was alive and thriving. I remember experimenting by layering sounds with the multiple keyboards that I first purchased and spending hours on end cutting my creative teeth with endless sound designing experiments.

Speaking of software and MIDI… I bought my first MIDI/DAW software back in 1999. MOTU Digital Performer version 2.7. Needless to say, it’s come a long way, but even then it was ridiculously capable.

I don’t use Digital Performer any more, even though it’s still in my opinion, equally capable for recording as Logic or ProTools. But I do still utilize MOTU Hardware. More about that in another post.

My boy Joseph and I were introduced to a piece of Software known as MainStage some 6 or 7 years ago. Apple first introduced it bundled with their Logic Recording software. Being that Joe was using ProTools and at that time, I was still using Digital Performer, we both thought it was cool, but neither of us were ready to jump on that bandwagon. Yet…

When Joseph and I decided to get HowLiN started, I was already accustomed to controlling my keyboards, a Yamaha S-80 and a Roland XP-80, from numerous external devices. But that was mostly in a studio environment, not in a live setting.

Fortunately, Apple decided to unbundle MainStage in 2013. Perfect timing. So, I decided that for the sum of $29 it was a no brainer to at least try it out. Needless to say, it’s brought a level of efficiency and creativity that far exceeded my expectations.

Here are the 3 things that I love the most about having Mainstage as the heart of my rig.

First of all, the app is super stable. I don’t think it’s ever crashed on me in nearly a year of using it. By my estimation I’d say that the biggest reason for this is that it’s very lean on system resources. Even though it’s not a best practice, I almost always have 8 to 10 applications running on my Mac alongside MainStage. Many times I’m even running Ableton Live alongside MainStage. So far, not even a hiccup.

I’m obsessive about practicing and rehearsing using the same sounds that I’m going to play live. Before MainStage this drove me nuts. No two Piano sounds are exactly alike unless you are playing the exact same keyboard every time. When I practice I want to hear the character and definition of every single note. Whether I’m playing an EP, Piano, Hammond or a Synth Pad, even the slightest difference will throw me off and affect my playing.

For me, I have a church gig that I play weekly and it’s neither practical nor ok with the church for me to haul their 88 key Nord Stage 2 back and forth. (Which is a bummer, cause I probably would if they would let me). As well, I generally leave my Yamaha S-80 at Joe’s studio because we rehearse there. I keep my Roland XP-80 in my home studio. So, by making MainStage the heart of my rig, it’s become quickly and easily transportable. Just pack up my 13″ MacBook Pro and my MOTU UltraLite and I’m ready to go.

So as you can imagine, I can practice and rehearse at home, using the same sounds that I will use live. This makes it so much easier to walk into any gig, whether it’s backlined or not, plug-in and be ready to play in a matter of minutes.

If you’ve been around any sort of MIDI or DAW software for any length of time, you know that figuring out how to use said software, is sometimes a challenge. With MainStage, there have certainly been some learning curves and I’m sure I’m probably not using it to even 30% of it’s potential capability. But, from the time I downloaded it to the time that I played the first note with it was a matter of minutes.

Setting up shows, sets and patch lists is a breeze, and having the ability to give each patch the actual name of the song that you are playing it for really helps take the guess work out of making quick changes on the fly.

Here are a few screenshots that will give you an idea about how some of the interface looks and works. 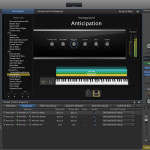 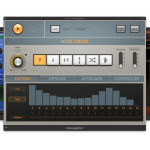 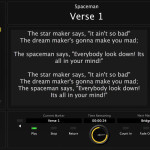 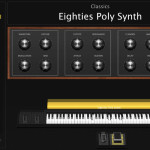 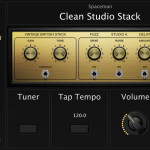 What’s at the heart of your rig? Is there something that you’ve found that could help others? If so, share it in the comments below or visit us on Facebook and share it with everyone else.